The following countries are permitted to enter into this tournament:

The tournament round start time is as follows:

All other rounds of the tournament are to start within 15 minutes of receiving the fixtures for that round.

The game modes and maps will be as following:

The Higher Seeded team will choose to act as Team A or Team B during the Veto process.

The Veto process is as follows:

FOV (Field of View) will be unrestricted.

The hosting team for that map will set up the match lobby by going to Multiplayer - Versus - Custom Online - Host Private. The host should then change the in-game social settings by selecting "LT" - Social then "X" - Privacy and change it to Invite Only.

The host must also slot lock position 5 on both COG and Swarm side if playing Escalation.

The host should then invite their own team and at least one member of the opposing team's players to the lobby and change the Game Setup game mode and settings for that map and apply the following settings:

Users must give evidence of the scores/match result of each match by taking a screenshot using the Xbox One Screenshot/Record feature (Xbox Button - Y to Screenshot or X to Record). Once you have done this upload the image to either Imgur, Prnt.sc, Photobucket, Twitter (tag @EGL_LATAM), Gamer DVR or Imageshack. 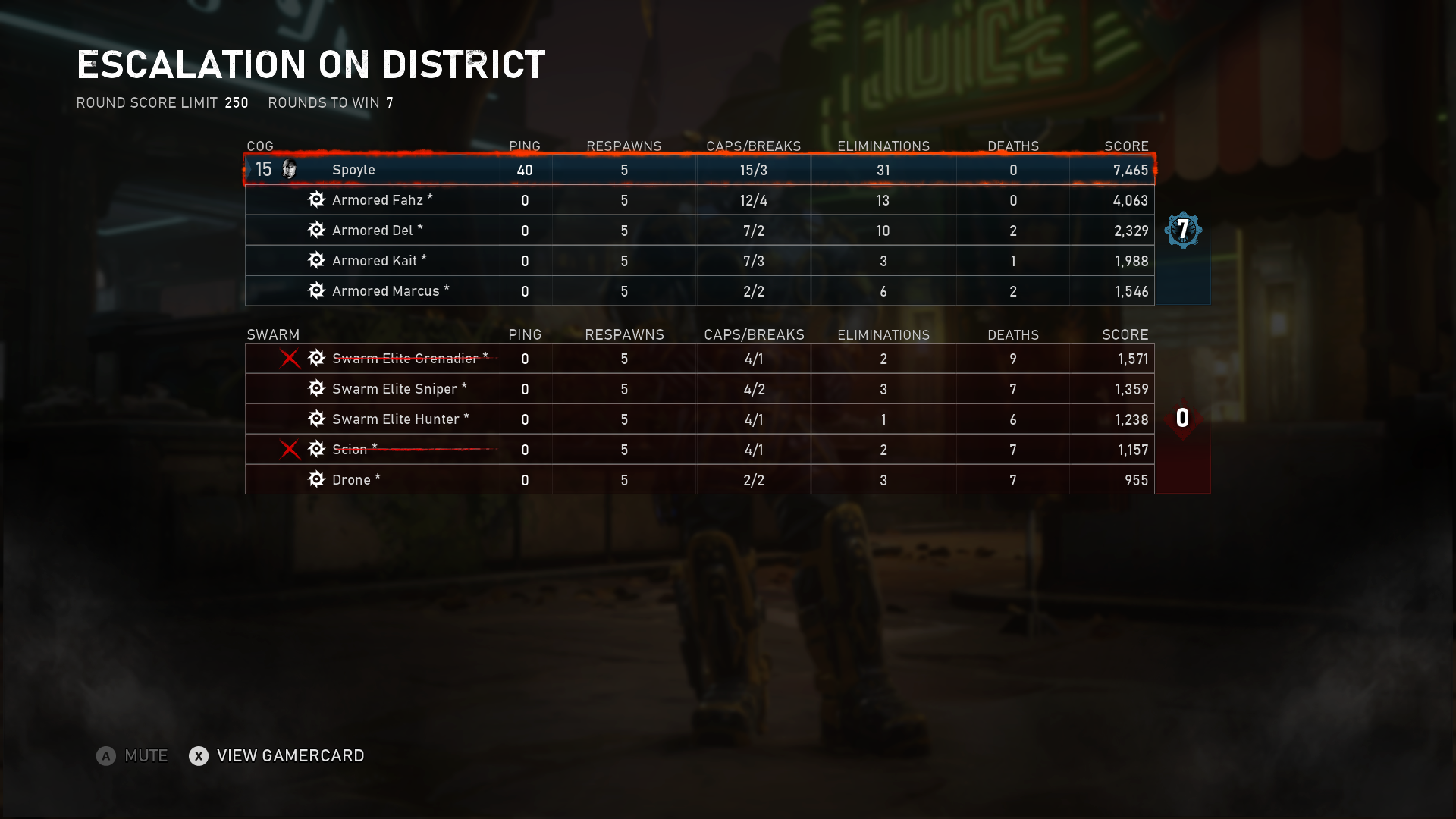 If the tournament is cancelled it will be announced on the EGL_LATAM twitter page and EGL - LATAM channel. The tournament title will also be adjusted to reflect this outcome.