Please see the "Overview - Prizes" section for the prize summary.

*NOTE: In order for cash prizing to be available a minimum of eight (8) participants must compete in the tournament. Upon completion of the tournament cash prize winners will be contacted via email to arrange payment. Prize payments are paid using PayPal only and are paid the following month.

The amount of cash prizing received by the winning team is determined in the table below, only the tournament winner (1st Place) will be awarded a cash prize. All members on the winning team will be contacted via email and the cash prize will be equally split among team members:

For this tournament, players must register their Epic Games Account Username to their EGL Game & Social Accounts section on their EGL profile. All Player IDs on a team’s roster must be 100% valid and accurate. Spelling, spaces and characters must be exact, but do not need to be case sensitive.

If your username is found to be incorrect or you have input an email address instead of your Epic Games Account Username then your team will be disqualified as this is strictly NOT allowed.

Please remember that users playing on console will have either their Xbox Live Gamertag or PSN showing as their name in the lobby so do not dispute saying their username is wrong as it most likely isn't, it will just be that it's displaying this information over their Epic Username.

To find your Epic Games Account Username go to epicgames.com/account/personal and there you will find your username, for example: 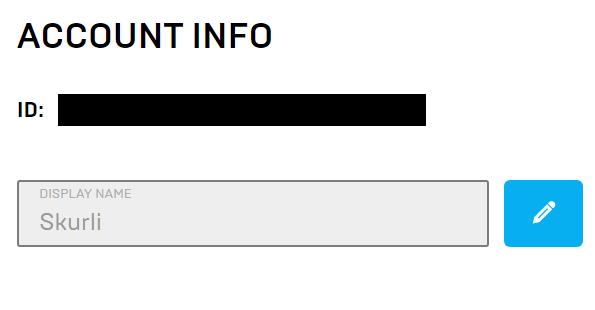 The matchmaking region of every player has to be set to Europe.

This tournament is cross-platform meaning that PC, PS4, Xbox One & Nintendo Switch players are all permitted to compete. Both Controller and Keyboard/Mouse are permitted also.

The captain of the hosting team will host a public SQUAD game session. The hosting player will then invite their teammate and opponents to the game session and start matchmaking.

The team with the most kills at the end of the game session will be awarded the win. If there is a tie in kills, the team that survived the longest wins the match. If both teams and all players survive to the end of the match (Victory Royale), the team who achieved the final kill shall win the round. Award 1 point extra to the team that won in the case of a draw after following the rules above as you can input a draw result when reporting the scores.

Users must give evidence of the scores of each user and also show the health bars of each user when submitting proof. Only show proof of the other team being downed or out completely so we can determine the final kill-count for that team. To get this evidence, screenshot the game screen showing health bars and your kills, then show your opponents and teammates kills. Here is an example of how to do this: 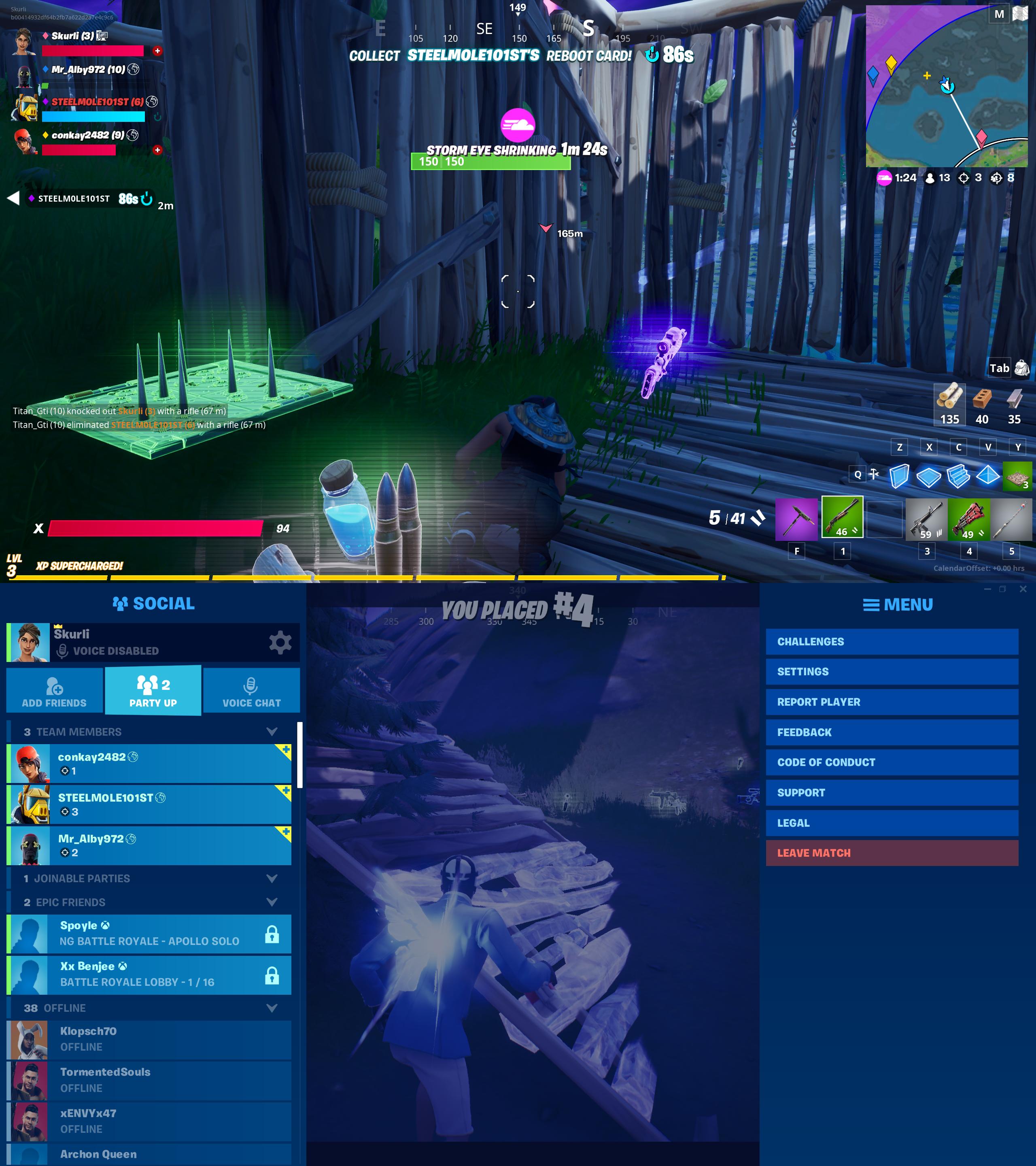 Or you can get Replay evidence showing the kills for each member of the squad for your match, again only screenshot evidence of the other team no longer alive, if they are still alive and it is not the end of the game this will not be acceptable proof. Here is an example of Replay proof: 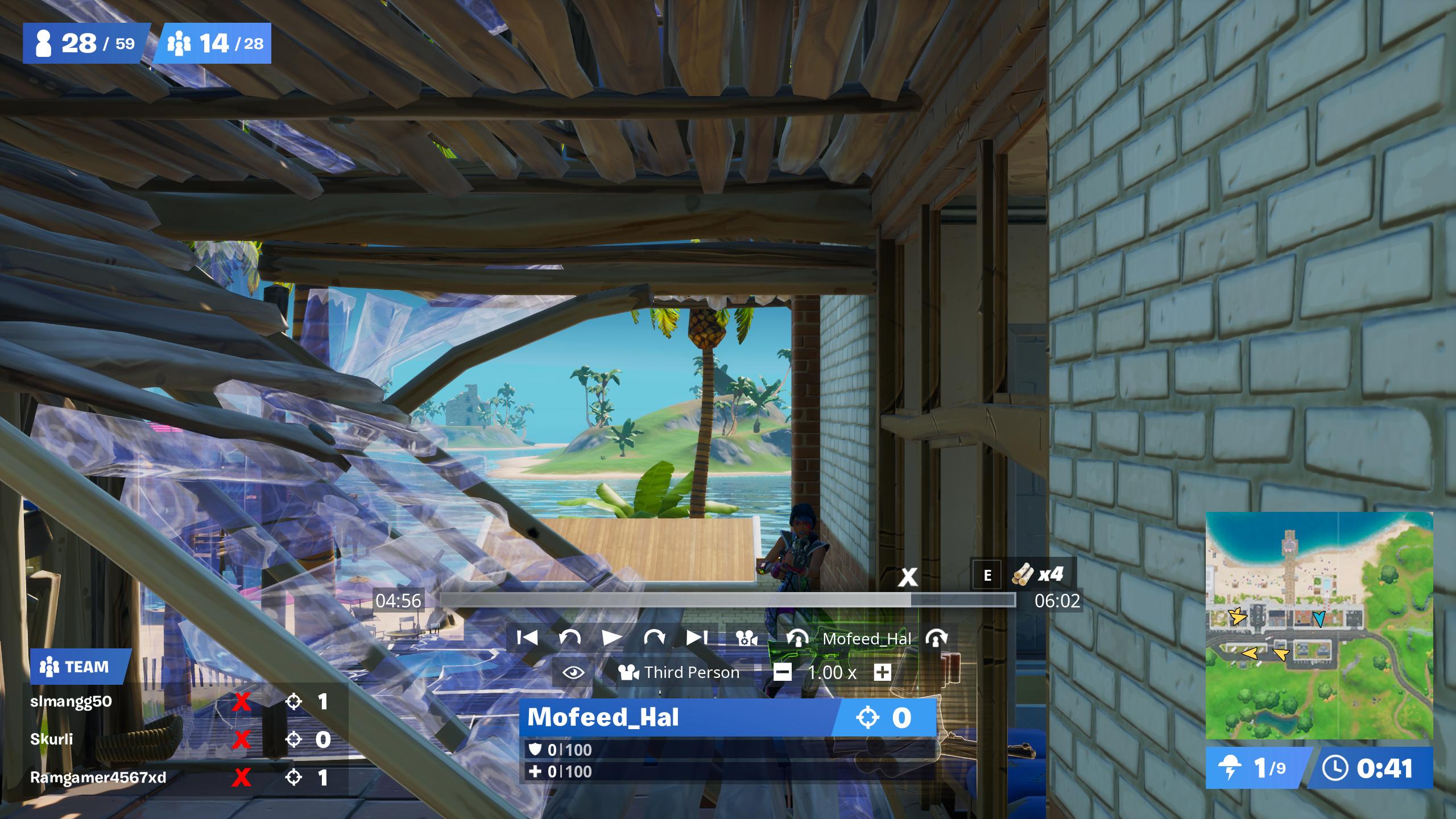 Teams will party up as a SQUAD with their opponents. The teams that have queued up together are NOT ALLOWED to contribute/cause the death of the player(s) they're competing against within that game. Players caught doing so will be disqualified from their match.

If you have a problem with your match, please click on the 'Contact Support' button found on the Match Fixture page. You can also reach us on the EGL - Global Discord channel for general questions and discussion.