Before entering the tournament, please be aware that this tournament takes a minimum of 4-5 hours to complete, start to finish.

For this tournament, players must register their Origin ID to their EGL Game & Social Accounts section on their EGL profile. All Player IDs on a team’s roster must be 100% valid and accurate. Spelling, spaces and characters must be exact, but do not need to be case sensitive.

If your username is found to be incorrect or you have input an email address instead of your Origin ID then your team will be disqualified as this is strictly NOT allowed.

The matchmaking region has to be EU. The host of the lobby must reside within the EU.

- Teams are split into two groups, one group of 2 and one solo player from the opposing team.

- The captain of the hosting team will host a public game session. The hosting player will then invite their teammate and one of the opponents from the opposing team to the game session and start matchmaking.

- The two games will be played at the same time. Once the match has concluded and the squad has either won the game or been eliminated, each team should get photographic evidence of the final scores, example: 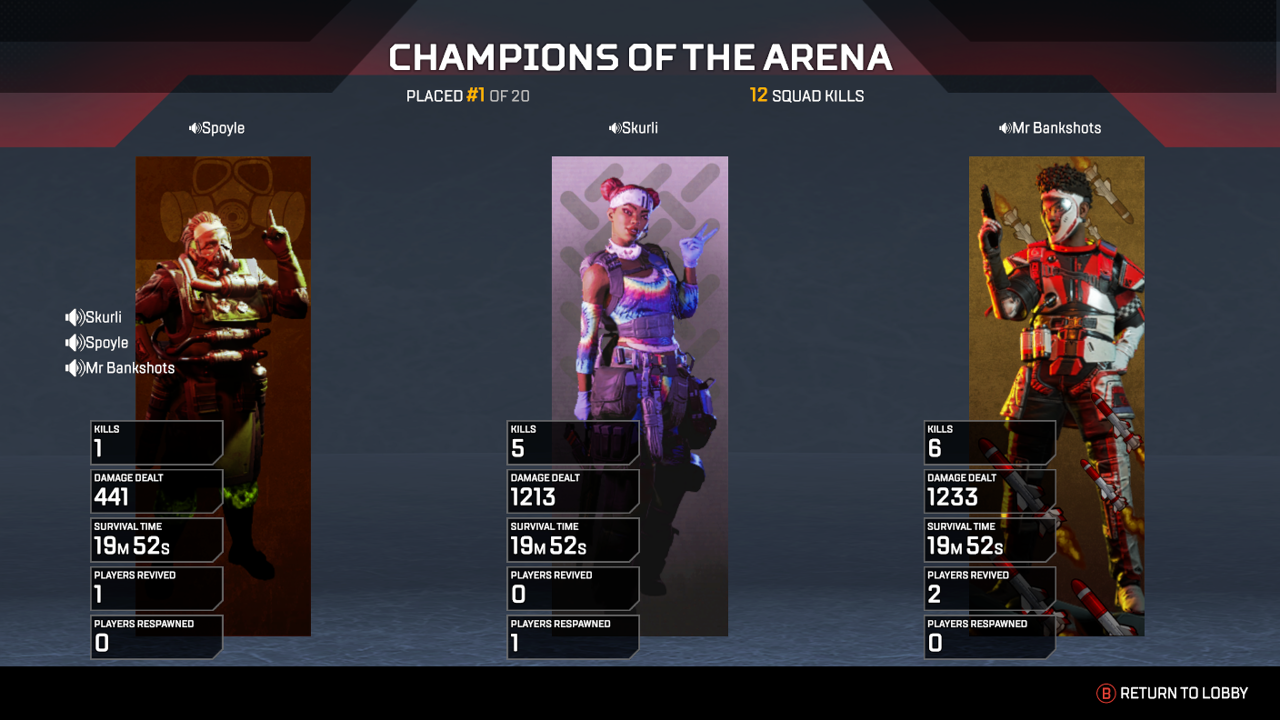 - Each members kills will be combined as a team to determine the winner of the map, for example:

Players are not permitted to use the following Legends, if caught doing so and proof is given you will be disqualified from the tournament.