The Lines Will Blur Between eSports, Sports Betting and Casino Gaming

Many gaming sites that deal with popular PS4 and Xbox topics spent a lot of the summer buzzing about the casino update in Grand Theft Auto 5. The so-called Diamond Resort and Casino had been talked about for years among gaming circles, with the update finally seeing ‘the doors’ open in July of this year.

Some might see the GTA 5 update as a singular event, but it is much more than that for those involved in the gaming industry: It’s confirmation of what has been predicted for several years; namely, that the casino industry is going to be looking much more like the gaming industry in years to come, much in the same way that eSports betting has become a crucial arm of the betting industry.

To understand our meaning, it’s best to clarify the “why” first of all. The casino industry has long recognised that there is a problem with getting millennials interesting in the classic games like roulette and blackjack. Generation Y, it seems, is an even more difficult prospect.

The answer dreamed by several software companies, such as Synergy Blue, is to create skill games that can be played in casinos. This might sound like the type of tournaments you’d find for FIFA 20 or Fortnite you’d find on this site, but the casino industry will take its own spin on it all. It’s still at the prototype stage, albeit some machines have been rolled out on the casino floors in Las Vegas, but the idea is that eventually these games will resemble popular eSports and adventure games.

The business modelling is likely to be a bit like the rake in a poker room or daily fantasy sports site, but there is also talk about using advertising to collect revenue, thus allowing the stakes to be 100% recouped by players.

Sports betting is also going down a similar route, albeit at a slower pace. Many online casinos will have sportsbooks, and vice versa, and that gives them an option to merge the two worlds. Like the modern gaming industry, where you might get a game for free but end up paying for in-game purchase later, there is plenty in the way of introductory offers like free spins to try casino games without depositing. Free bets that require no deposit are a hard thing to find, but some casinos sites will offer them for their sportsbook sections.

NetEnt, an important software developer in the iGaming industry, showed part of that merging of those areas during the FIFA World Cup 2018. It added a betting widget to its live dealer casino studio, allowing the placing of bets on the football matches, while the player played real casino games through a virtual stream. 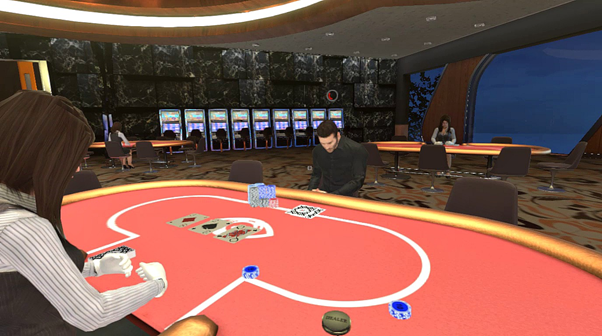 Again, it might not sound like the biggest breakthrough, but it is almost revolutionary, bringing the transactions of real-time betting, casino play and live action together. You must remember that this real-time action is played out with the user on a smartphone or PC, and the dealer in a studio perhaps 100s of miles away.

Almost every convention hosted by the casino industry in recent years has been dominated by VR and MR, so expect the realism of these live games to be really enhanced over the coming years. Indeed, you should also expect there to be a move away from traditional table and card games on these live dealer sites, as VR tech breakthroughs will allow developers to be more creative with their ideas.

The point is that we are going to see so much convergence across all of these industries. Does that mean it is a good thing? It’s difficult to say. Most people are happy with gaming as it is today. But with the chase for a slice of the pie there comes innovation, so it may be the players that end up benefitting.