Rocket League’s developer, Psyonix, was acquired by Epic Games in 2019 and that plots the remarkable arc of growth from this developer and title. The small game that was released with a fairly simple concept of ‘cars playing football’.

On a similar path to global domination, Epic Games have used the backdrop of Fortnite in order to create the Epic Store and encourage fans to download the client and purchase their games through it.

As part of this push we’ve found free games, coming once weekly and possibly the biggest one yet is that Rocket League will be going free-to-play forever! If you’ve not yet got Rocket League you can head to the Epic Store on the 23rd of September to download it. 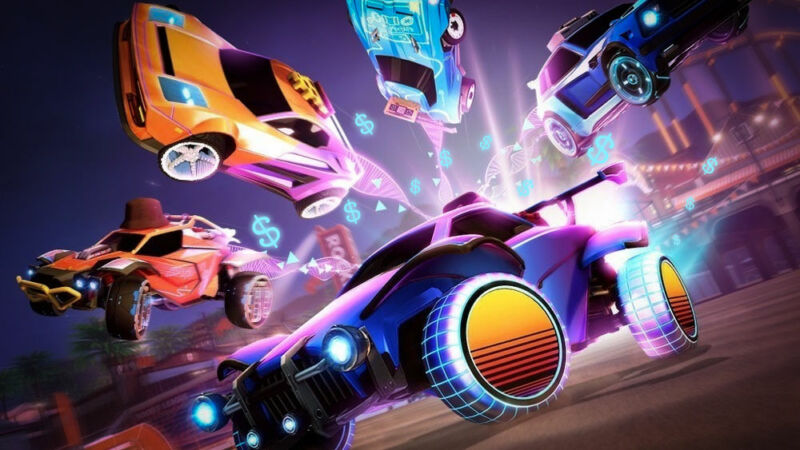 If that wasn’t enough, if you download you’ll also get $10 voucher for the Epic Store too! You can’t hang around if you want this though, as you’ve only got a month - until 23rd October - to download and have the voucher accredited to your account.

Epic have said that the move won’t negatively affect anyone who has the game currently downloaded on Steam, PS4 or Xbox as they should be able to continue playing without any problems or disruption. In fact there are updates coming which are aimed at improving crossplay progression and more, including achievement changes, menu updates, and new quick chats.

If you already had the game you’ll get what’s being called ‘Legacy Status’ which includes a bunch of new items and DLC as well as a nice nod from the devs to say, ‘thanks for being one the early adopters of RL!’.

You can check out the full range of additions and feature changes in the Rocket League Blog Post.

We’ll see you on the pitch on the 23rd September!