Discord originally launched way back in May 2015 with a primary focus on being an online text and voice app for the video-game industry and it's player-base. It even attempted to have it's own digital storefront and game subscription service but this week Discord announced that they are aiming to be an all round general-purpose communications platform. 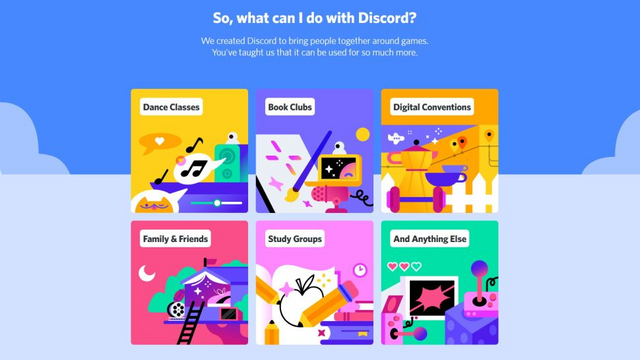 "We designed Discord for talking. There’s no endless scrolling, no news feed, and no tracking likes. No algorithms decide what you 'should' see. We designed Discord to enable the experience and feelings we wanted to recreate: being together with your community and friends.”

Discord wanted to decrease it's complexity saying that they have "streamlined the new user on-boarding experience" along with adding new server templates to make the server creation process a lot simpler than it previously was. They have also fixed many bugs, video and voice capacity has been increased and Discord's overall priority is to maintain its reliability and performance

That's not all that has changed, the Discord website has changed from discordapp.com to discord.com and their tagline is now "Your place to talk.". It will be hard to not see Discord as the gamers chat app and say goodbye to the gaming focused Discord Join Messages but we are happy with the news and look forward to seeing what further changes might come in the future!