Last week there was a huge reveal from Sony during The Future of Gaming event that was held on June 11th 2020. They have released long awaited information, designs, specs and much more on what to expect of their next generation console, the PS5. Here is our quick rundown of what we know so far and what to expect: 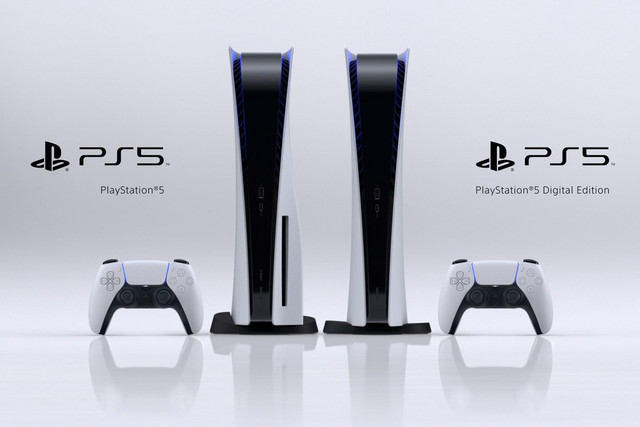 Two versions of the console will be released, a standard PS5 which will include a 4K Blu-Ray disc drive, and a slimmer, disc-free Digital Edition.

If you hadn't noticed that with every new gen console comes a brand new design but what we didn't expect was the huge difference when it came to the DualSense PS5 Controller! The controller will have haptic feedback, adaptive triggers and a built-in mic. It has also moved away from using a standard micro-usb to charge and will now be more in tune with other newer technology by using USB-C as its method of charging.

To keep up with the times and compete with other next gen consoles, the PS5 console will have anAMD Zen 2-based CPU with 8 cores at 3.5GHz, 16GB of GDDR6 memory and a custom RDNA 2 AMD GPU that puts out 10.28 TFLOPs of processing power. As well as the features listed above the PS5 will also have ray-tracing, a super-fast SSD and a built-in 4K Blu-ray player

There will be plenty of time spent on the PS5 with the many games already announced which include Spider-Man entry, a Horizon Zero Dawn sequel, a Demon's Souls remake, Resident Evil 8 and many more will be announced in the run up to the release.

The console will be compatible with the current PSVR hardware, and there are also speculations that a PSVR 2 will be released over time.

The PS5 will be fully backwards compatible with all PS4 games and it has even been rumoured that Sony will make all previous gernerations compatible eventually, so if you have been hoarding a stack of PS1 games under your bed you may just get to make use of them once again!

There is no official or specific date set so far but we do know that it will be released globally in the run up to the Holidays in 2020. So start saving or writing that present list to Santa as it's ecpected to be on sale between October - December 2020!